In 2019, the Graduate School and NC State University are celebrating the 125th year of awarding graduate degrees. The first master’s degree was awarded in 1894 to Frank Theophilus Meacham. In this article, graduate assistant and public history master’s student Anna Spencer describes Meacham’s career at NC State and the early history of graduate education at the university.

Frank Theophilus Meacham was an academic pioneer who made history several times at North Carolina College of Agricultural and Mechanical Arts, now North Carolina State University. As a member of the university’s first undergraduate class in 1889, he also was among the first to earn a bachelor’s degree in 1893. A year after earning his bachelor of science degree in agriculture, he became the first student to earn a master’s degree in from NC State in 1894, having become one of the first students to take advantage of  the university’s new graduate level training programs that began in 1893. In the first year of postgraduate studies, NC State offered both master of science degrees and mechanical engineering degrees.

In the late 19th century, many Americans went to Europe for their post-graduate studies because European universities had stronger reputations for graduate education than American programs, which were in their infancy. Those students who stayed in the United States for their postgraduate education frequently attended private schools in the Northeast. At the time, most graduate programs in the United States focused on the arts and sciences, with few programs providing further education in technical fields.

The story of how NC State’s graduate programs came to be in 1893 gives some insight into the roots of the rivalry between the Raleigh university and the nation’s first state university in nearby Chapel Hill. Faculty at the North Carolina College of Agricultural and Mechanical Arts saw an unfulfilled need for advanced programs in technical fields that prepared men to work in the Southern market.

NC State’s program differed from most graduate programs across the country,  since it focused on agricultural and technical fields. The university did this partially to prevent criticism from the nearby University of North Carolina. While the state government originally awarded UNC the status and funds of a land-grant institution, some in the state questioned whether UNC was fulfilling its duties as a land-grant university. When a group of leaders known as the Watauga Club proposed creating a university for the study of agriculture and mechanic arts, the state transferred the land-grant status and funds from UNC to NC State. The decision caused tensions between the universities, leading NC State to focus solely on agricultural and technical fields to prevent conflict with UNC, a university focused heavily on the humanities. 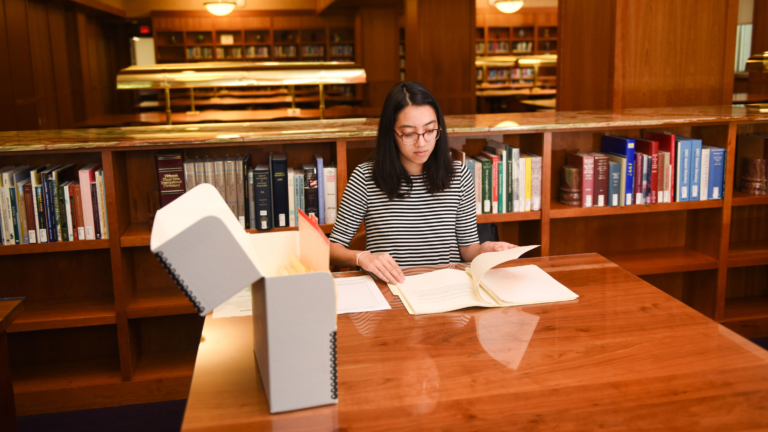 About Anna Spencer: The Grad Behind the Stacks

As one of the first graduate students, Meacham’s coursework was catered to his professional goals and was intended to be completed in a single year. He was the only student in his graduate cohort of six to finish the program in the expected year, and by 1897, the school had adjusted its postgraduate programs to take two years instead of one. There is some confusion over whether Meacham earned his degree in agriculture or chemistry. At the time, the agricultural department housed chemistry courses, and Meacham may have earned his degree in agricultural chemistry.

After earning his master’s degree, Meacham moved to the mountains to work as a foreman at the Biltmore Estate’s dairy outside of Asheville, where he stayed until 1898. The Biltmore Dairy started as an operation to provide dairy products for the Vanderbilt family and workers on the estate, but by 1897, the cows produced enough milk to provide milk for homes and businesses around Asheville.

After leaving the Biltmore Dairy, Meacham served as the superintendent of the farm at the North Carolina School for the Deaf in Morganton, a job that would prepare him for his final position. In 1903, the first test farm in the Piedmont opened in Statesville, and Meacham was hired as the superintendent. Similar to the North Carolina Department of Agriculture Experiment Stations, the Board of Agriculture had set up test stations across the state to specifically monitor the effects of different soils on crops. Both the experiment stations and test farms had close ties to NC State University because of its status as a land-grant institution. Although the Agricultural Experiment Stations were transferred from the State of North Carolina to NC State in 1889, both organizations jointly ran the operations, and control of the station remained a point of contention for decades. 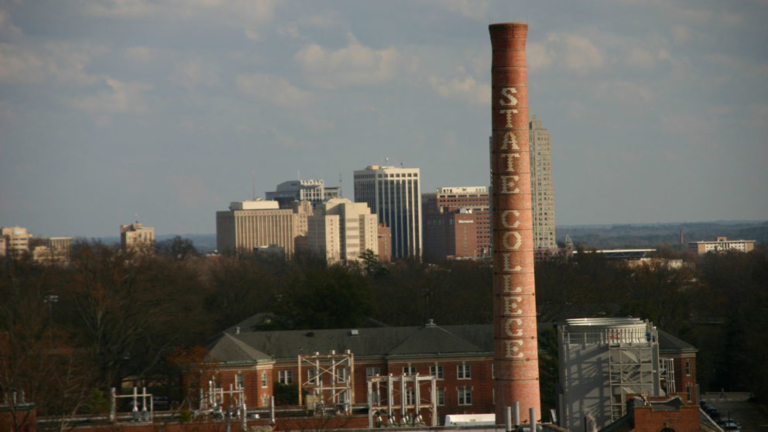 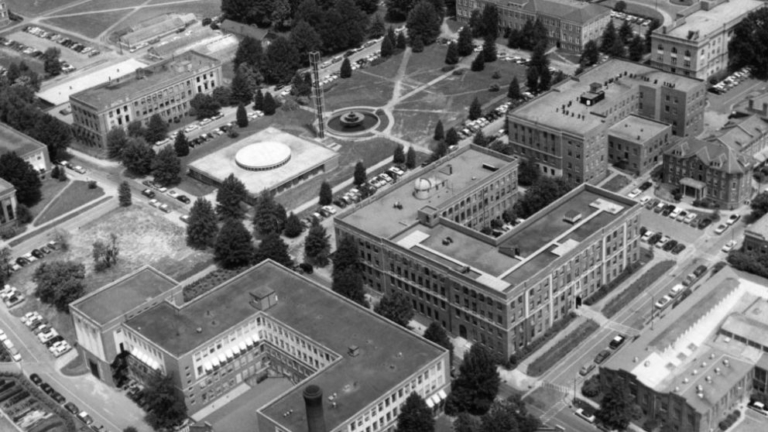 In 1925, NC State’s President Eugene Clyde Brooks and the Commissioner of Agriculture W. A. Graham issued a memorandum of understanding allowing the university to use the test farms for experiments or research. Meacham served as the superintendent of the test farm in Iredell County into the 1930s, although superintendents underwent a title change to assistant directors in the 1910s.

Meacham continued his support of NC State for decades after his graduation. He was involved in the alumni association, and for many years, the association gave him the responsibility of roasting the pig for the summer alumni reunion cookout. Like many children of the first undergraduate class, Meacham’s son Frank Barnard Meacham followed in his father’s footsteps and entered NC State in 1918, earning a bachelor of science in agriculture in 1922.

Meacham’s dedication to education can be seen in his will, where he specified that above all else his teenage sons be provided with the funds to earn a four-year college degree at a reputable university. Frank Theophilus Meacham’s life intertwined with the university from the time he entered as part of the first freshman class, to his supervisory position at a test farm, and finally, in his role as a supportive alumnus and parent of an NC State graduate.